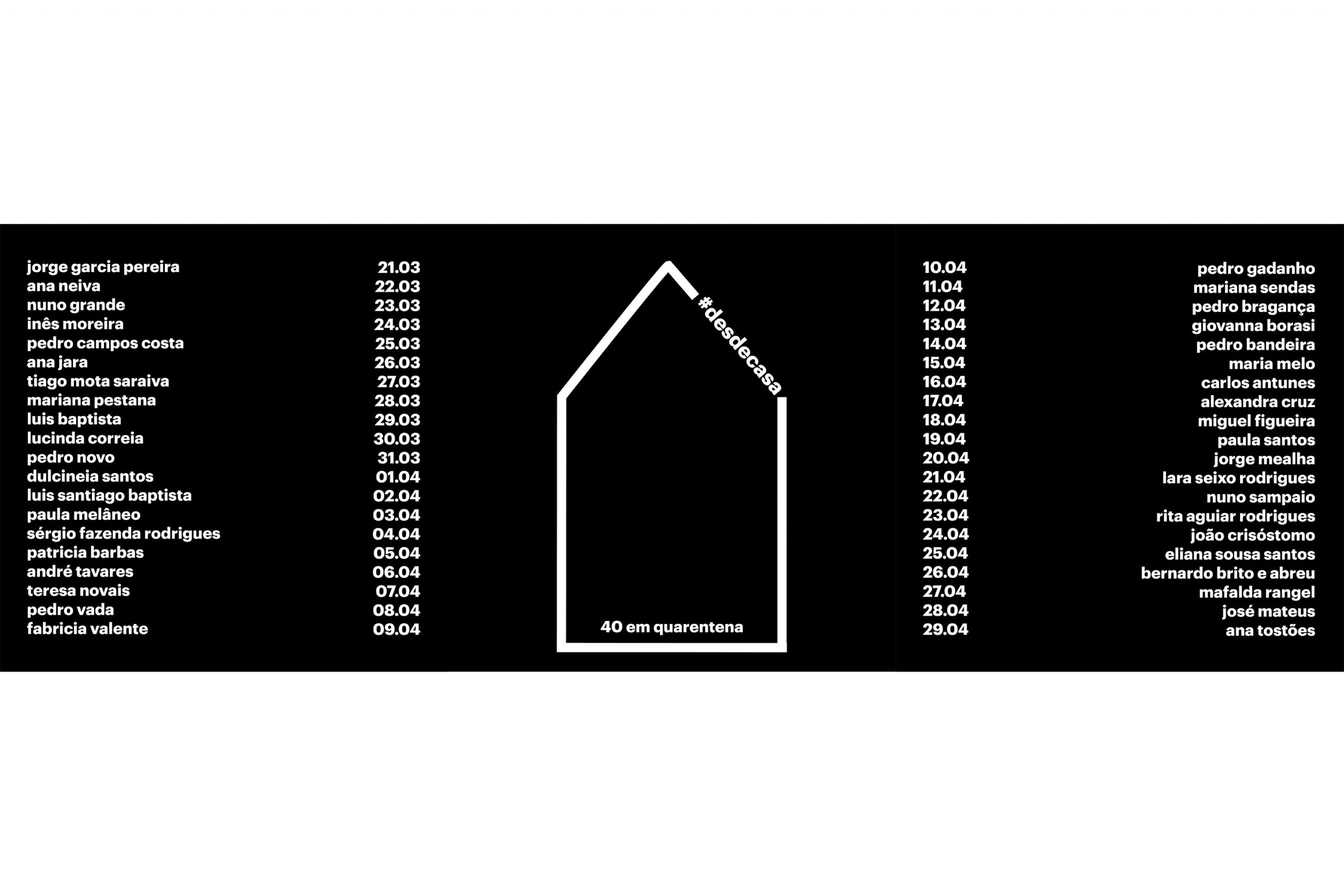 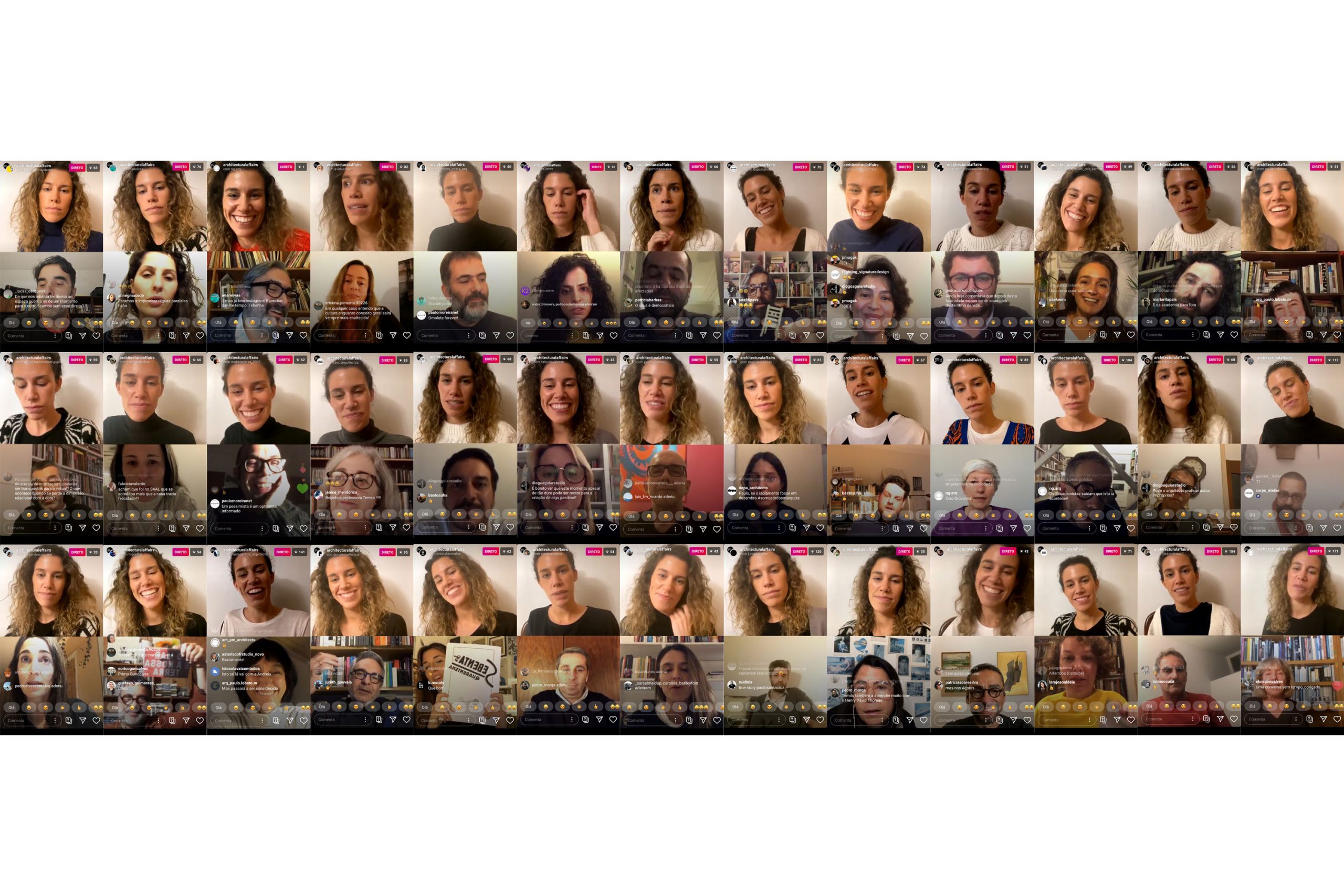 “Desde Casa” / “From Home” consisted in a series of daily conversations, between March and April, in the context of the pandemic, in a Live format Instagram, lasting 30 to 60 minutes, for 40 consecutive days, with 40 architects, moderated by Andreia Garcia.
The conversations addressed the pandemic and its impacts on Architecture, the City and Society, among them the impact on tourism; urban organization and the consequence of mono-functional fabrics; distance learning in the discipline of Architecture; the density of the city; the political participation of Architecture; the role of the architect and it’s fields of actions; the right to housing and social inequalities; the concept of empathy; the human relationship with objects; the house and its mutations; the philosophy as a reflection of current events; happiness in the city; the signs of change in the discipline of Architecture; the transatlantic reality in Brazil; the role of museums and educational services; the importance of the balance of ecosystems and the importance of Architecture in that balance; the place and the territory in Architecture; the sea as territory; the importance of travel in Architecture; the return to the countryside and the transformation of the city and society.