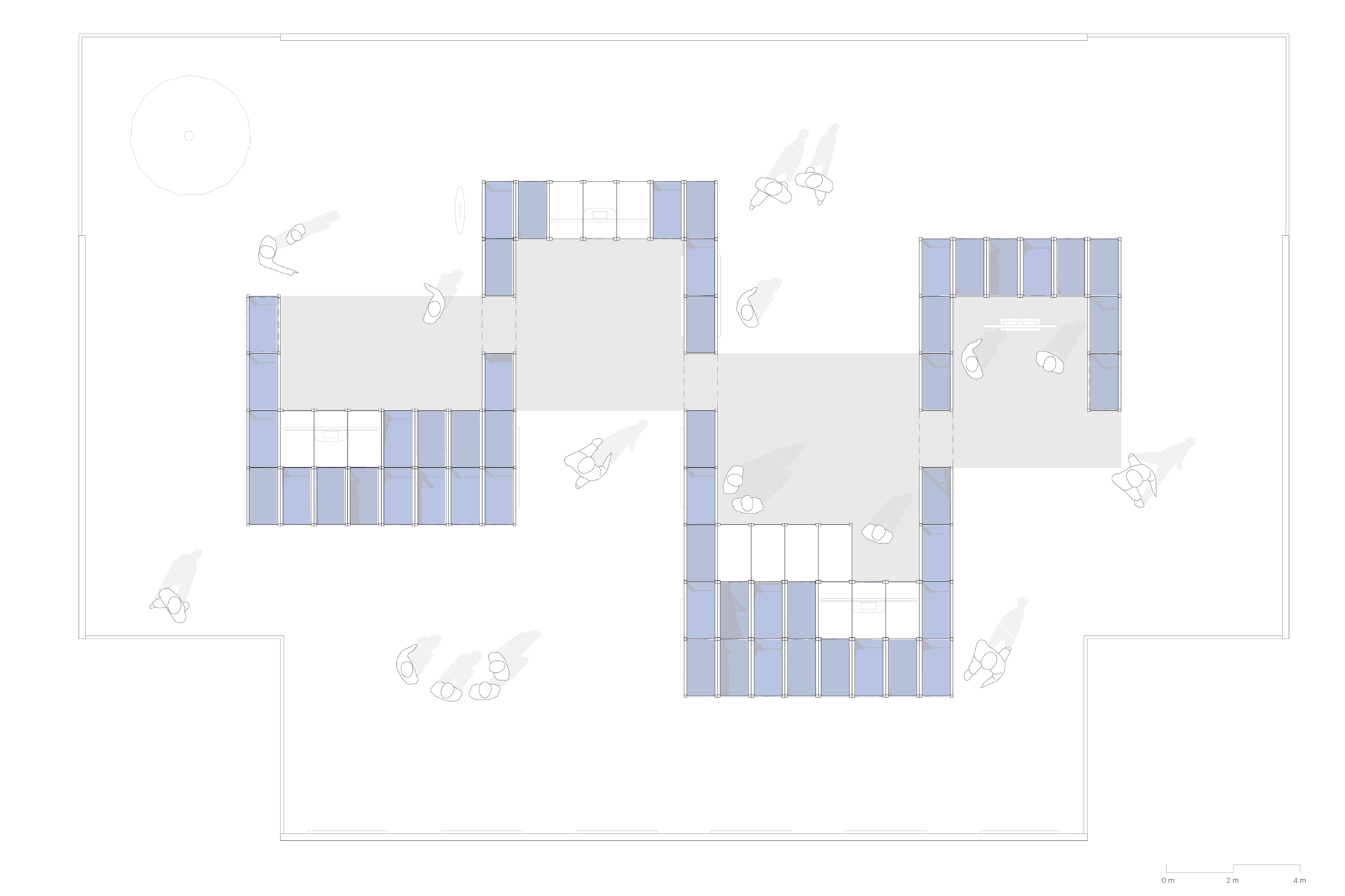 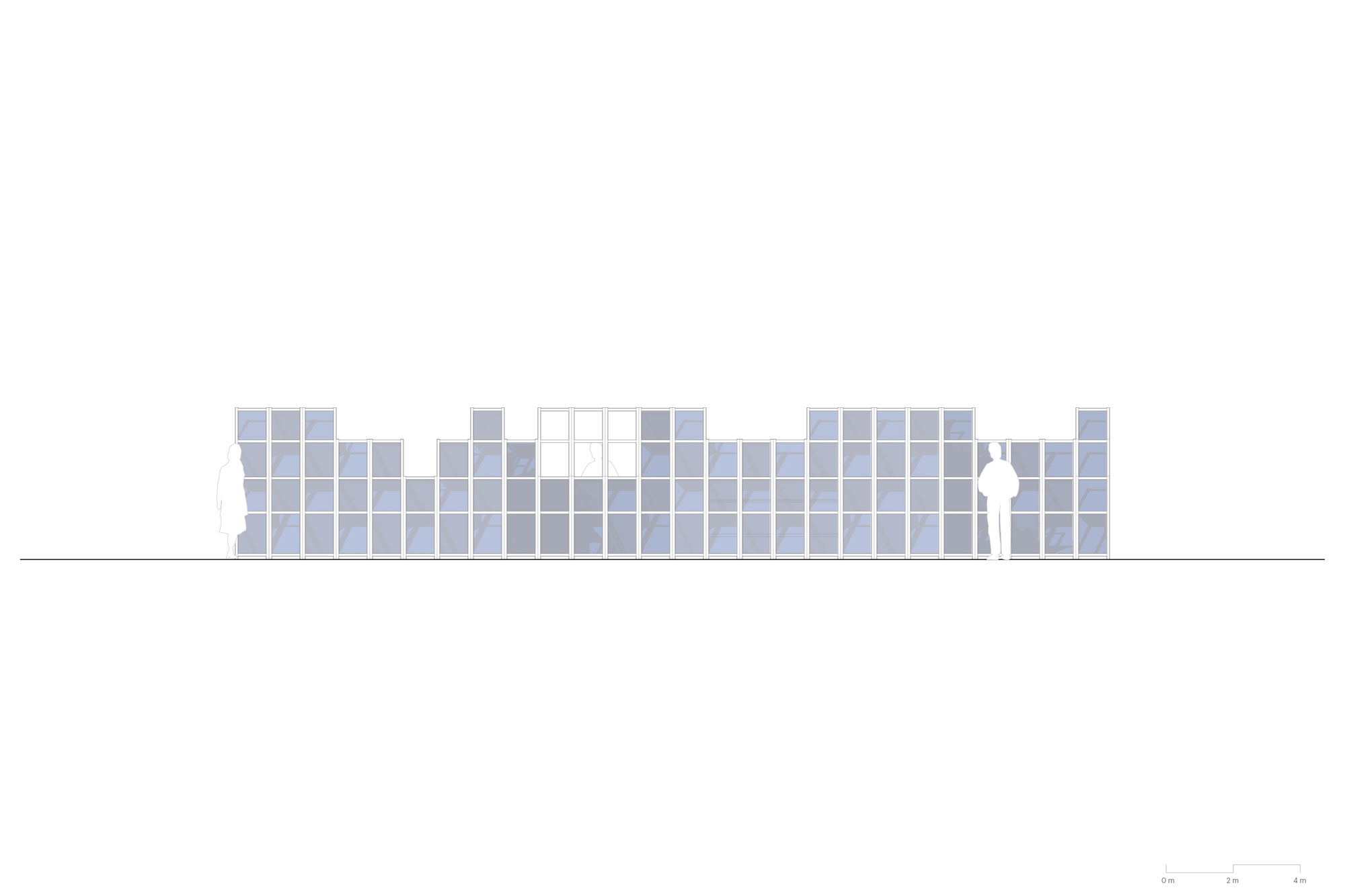 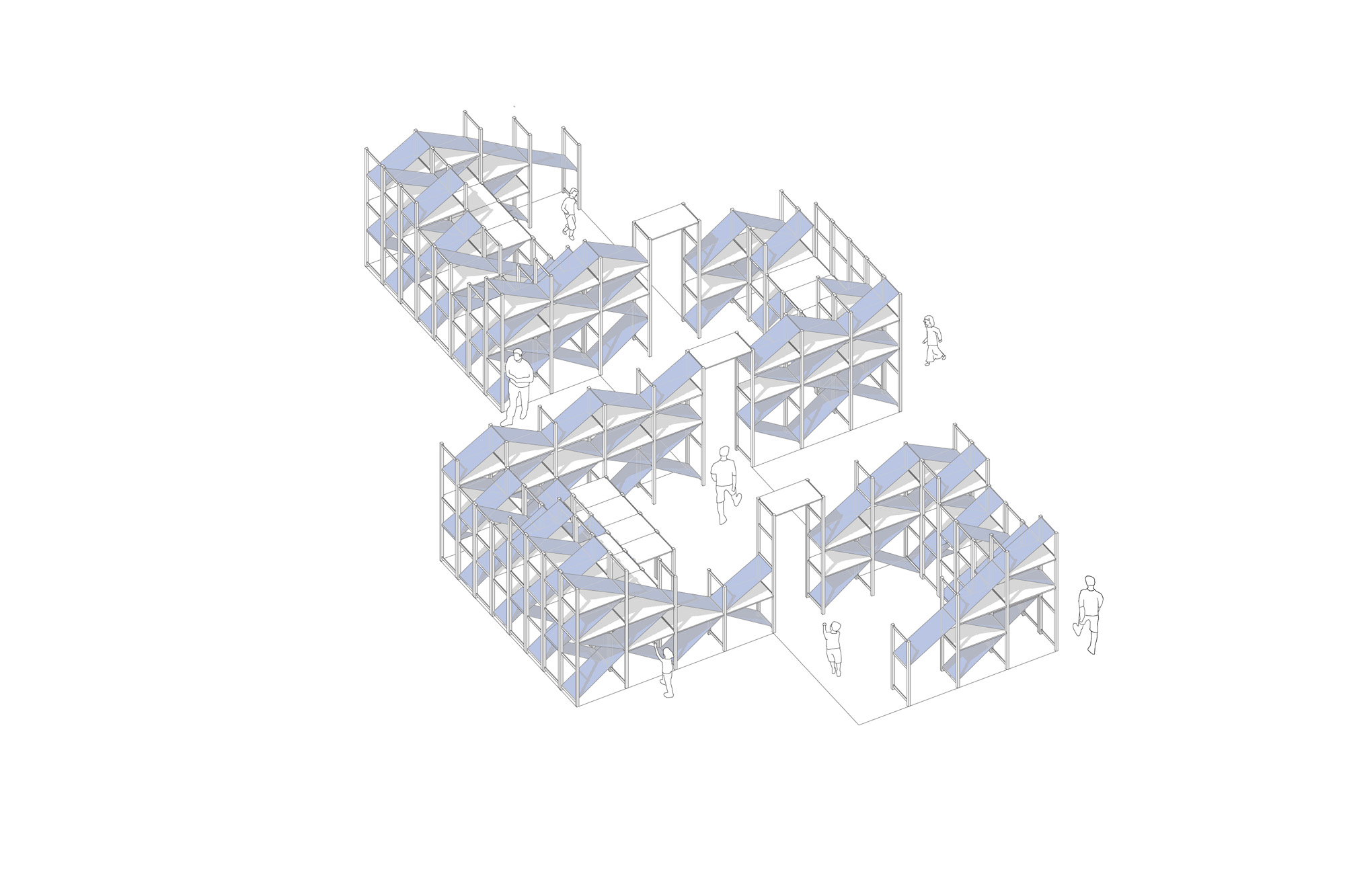 The project based on a modular system that allows the creation of an immersive structure, labyrinth type, which allowed the development of several paths in space. Approaching the image of the city, the structure recreates a discontinuous silhouette, composed of different rhythms, colours (blue, white) and materials (wood, vinyl), in order to bring to itself the relationship between cosmopolitanism and the identity heritage that define the image of Porto.
At the same time, the structure benefited from a lighting system that accentuated the horizontal and vertical lines of the structure, recreating the spirit of the city. The various spaces created responded to the programme under formulation (Rivoli, Mercado do Bolhão, Pavilhão da Água), being able to present, in a common language, multiple exhibition supports.