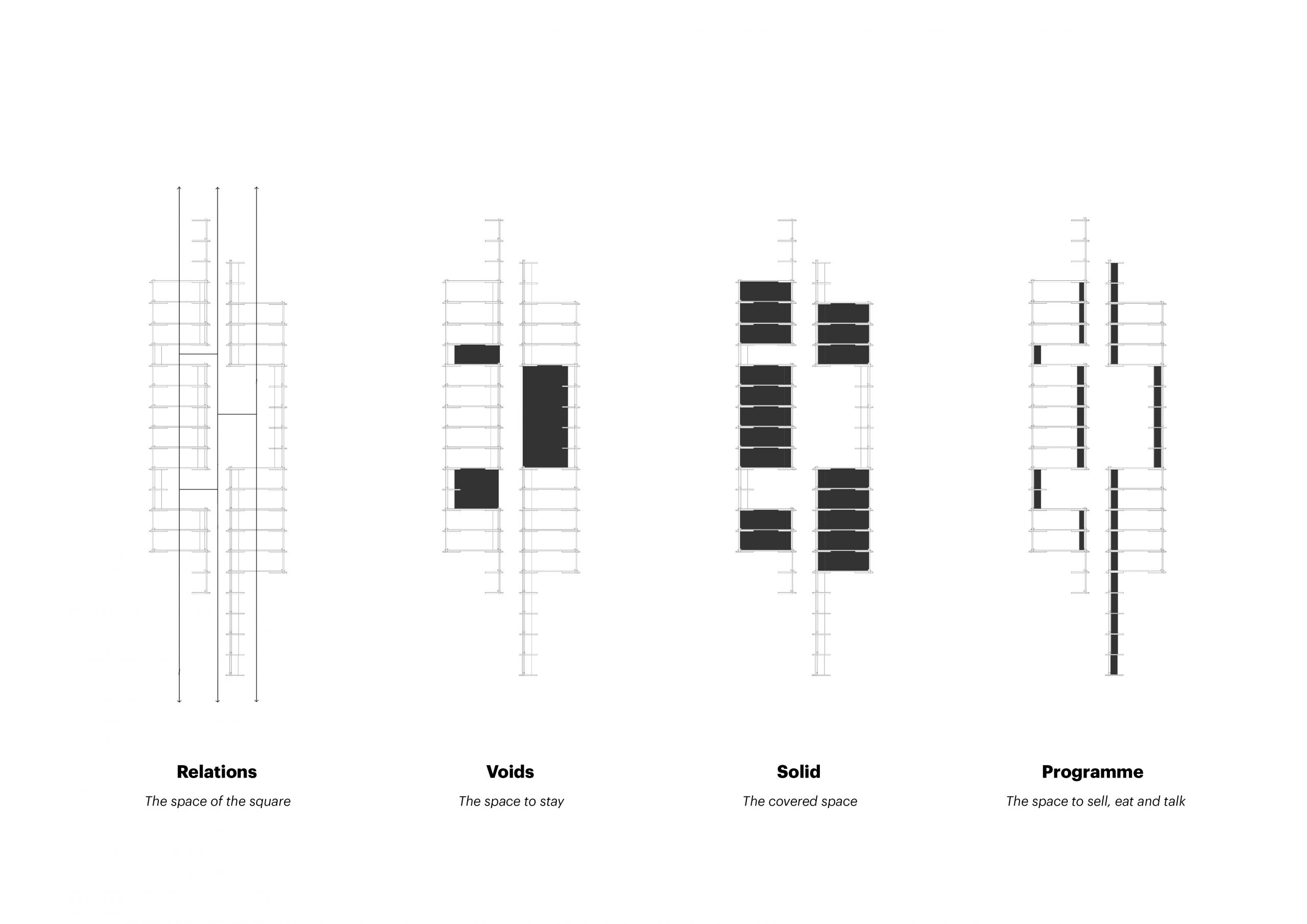 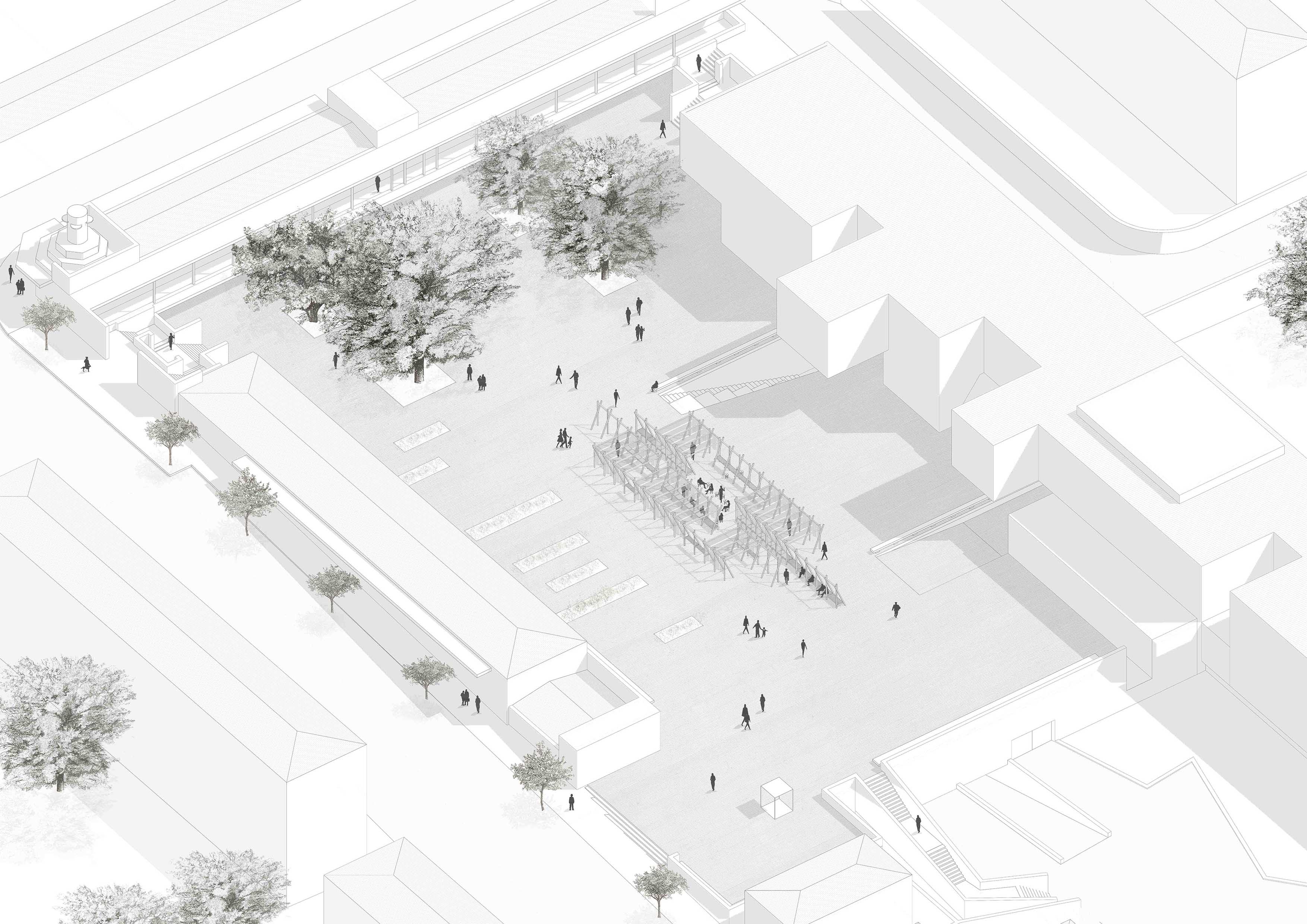 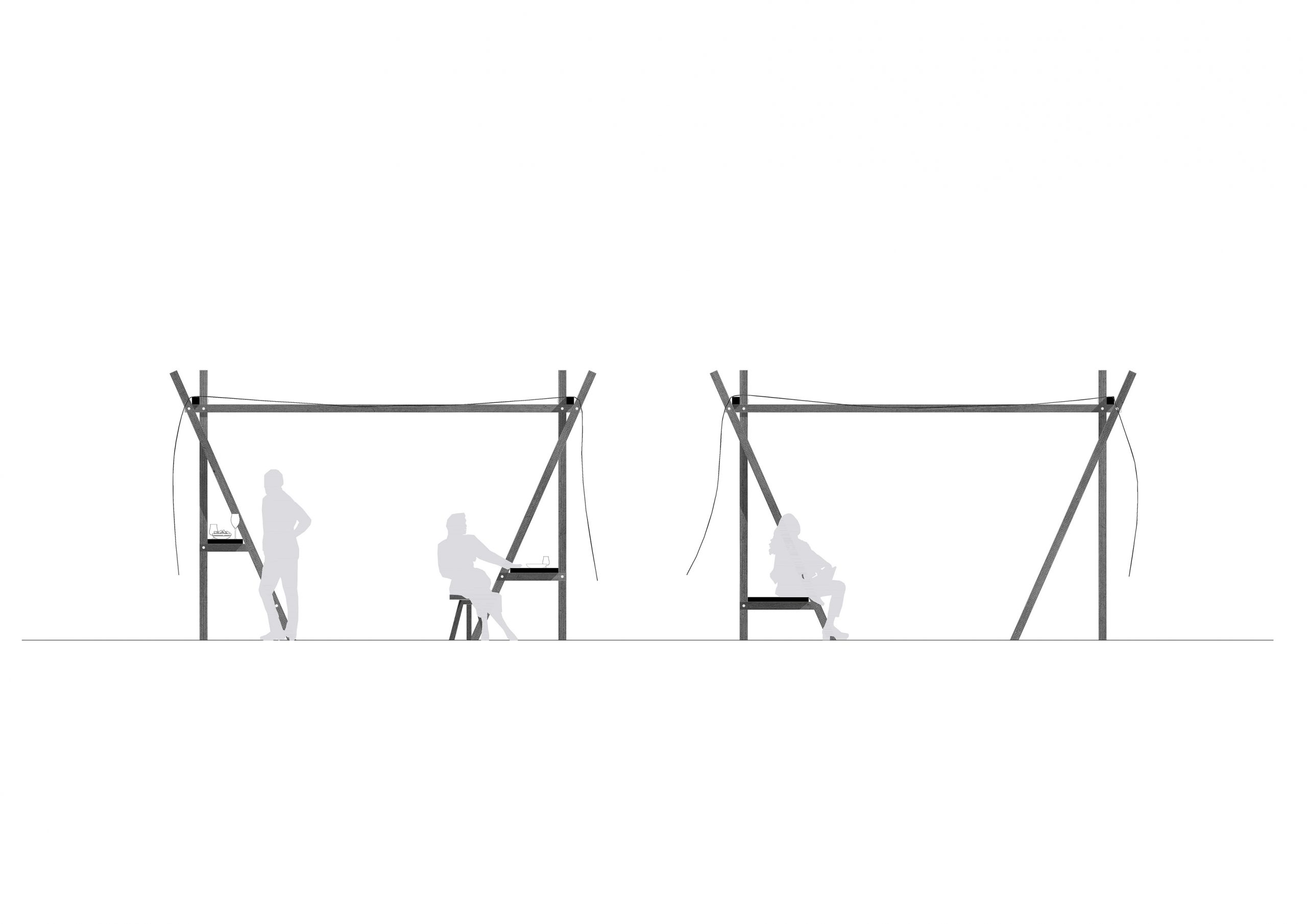 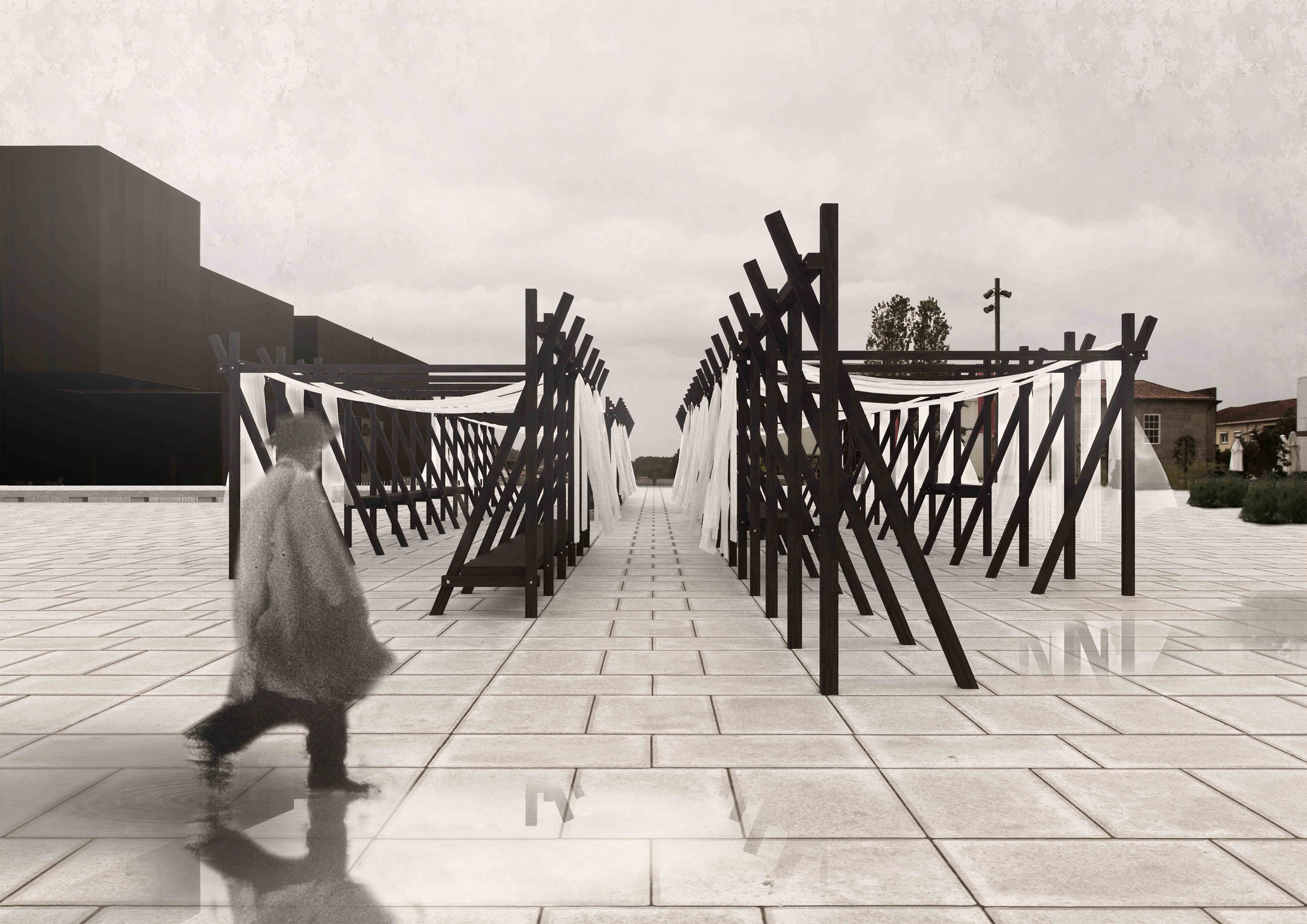 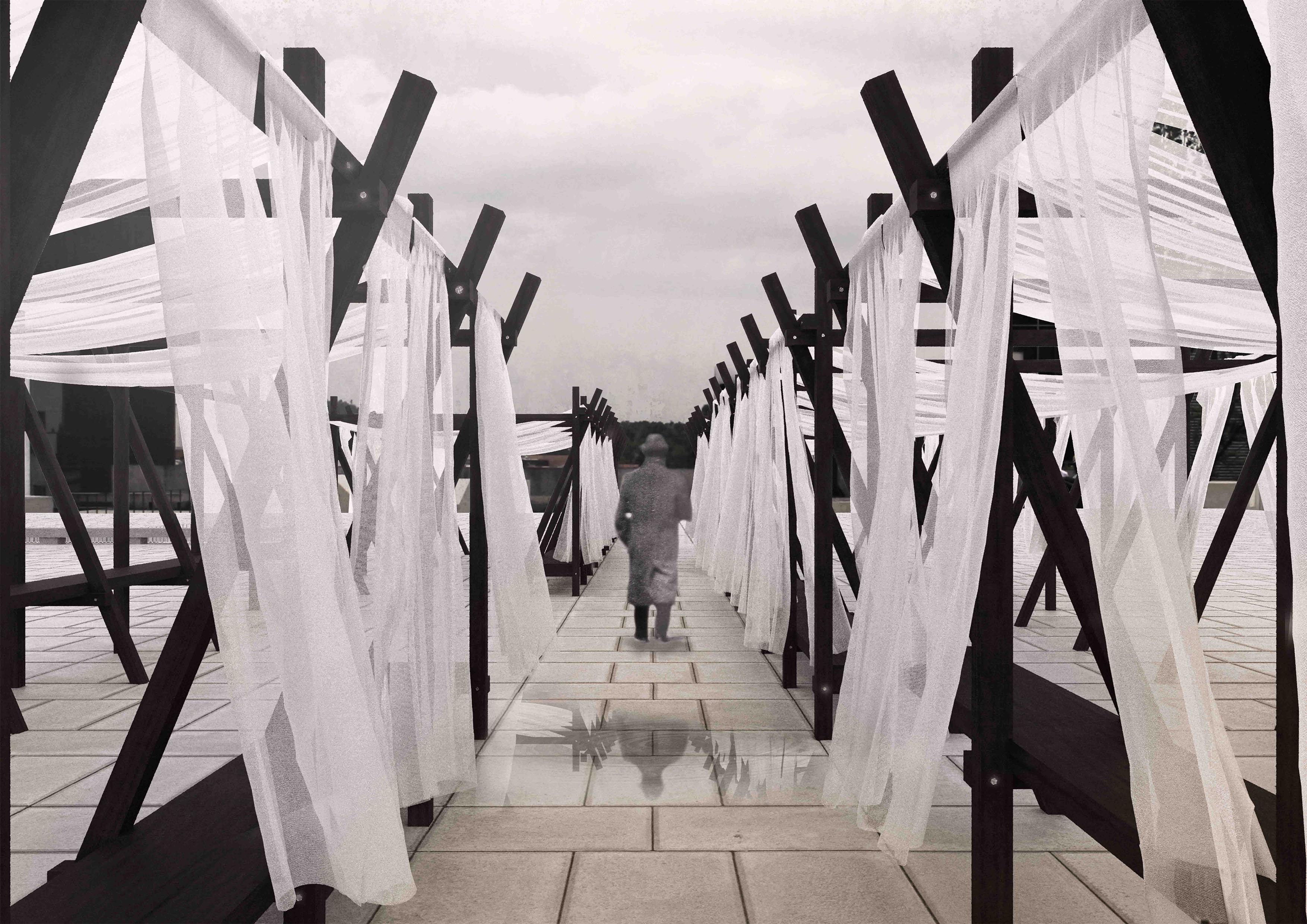 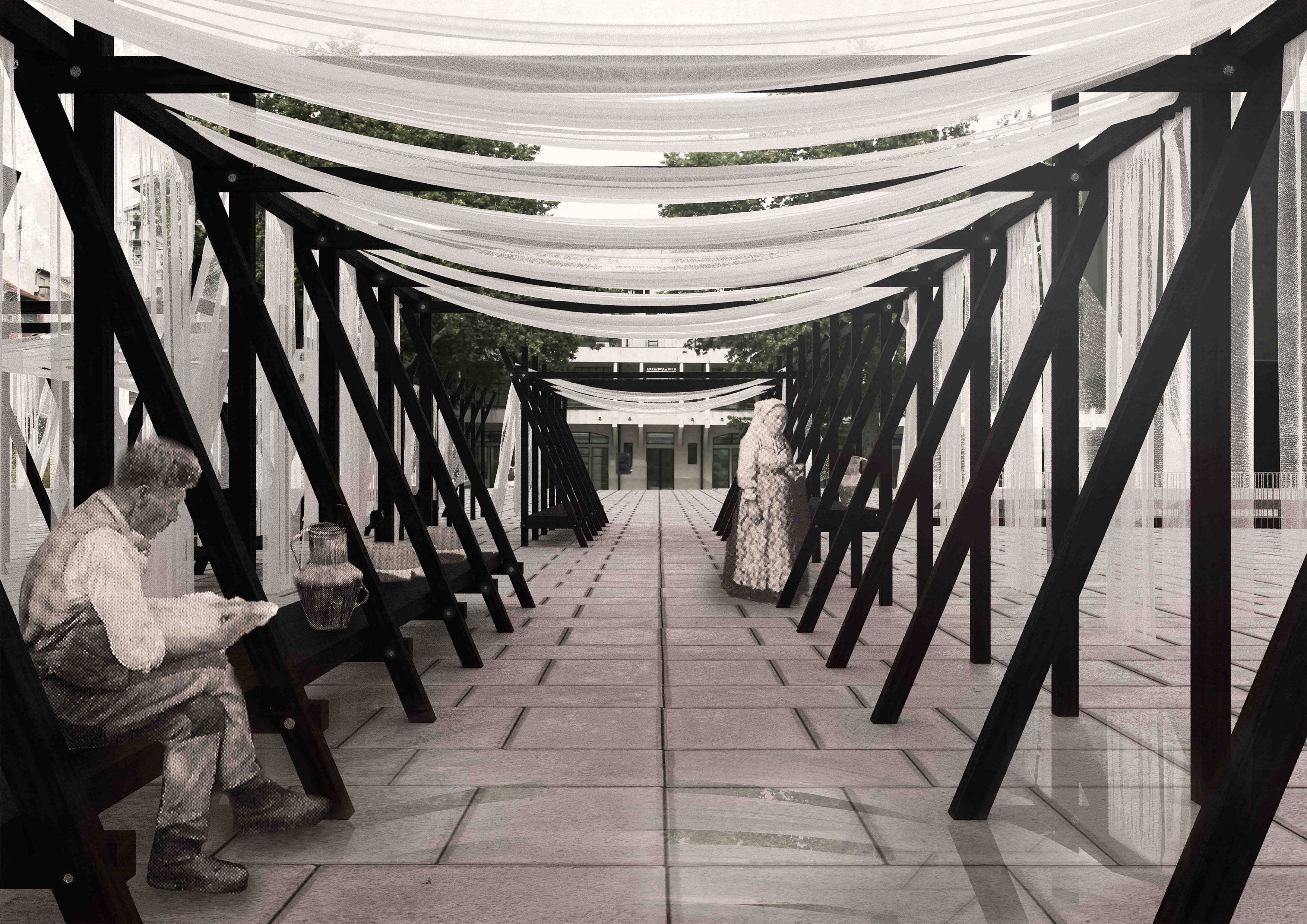 The FORUM is an architectural project of artistic character, which is based precisely on the immersion with the memory of the place of the old market and aims to recover an absent narrative of this specific locus linked to its past social, cultural and historical context.
From an observation that results from the links of the past, and from a sensitive research on the importance of the market places, it was observed that, in the proliferation of the cities in the XI and XII centuries, fruit of a favourable economic conjuncture, markets and fairs, arising from the need to favour the concentration of merchandise and products in a single place, assume and fairs, which arose from the need to encourage the concentration of goods and products in one place, became increasingly important, both locally and regionally. The first markets, thus, representative mainly of the High Middle Ages, constitute the backbone of the plan of cities set up on major thoroughfares: central squares, open on all sides, rectangular in shape, preferably square, become privileged; squares between parallel streets, providing direct connections with the transit routes, which cross the city and are proportional in size to the functions to be performed; or triangular squares, formed by bifurcations or irregular layouts, which fascinate with their size.
At a time when modern western thought is witnessing the progressive invalidation of popular empirical knowledge based on experience, practice and memory, the aim of this proposal is to recover the place in an escape from the suggestion of creating a sanctuary. It is thus affirmed the will to develop a device that will involve the passers-by through an artistic installation, which is also an immersive space, the hypothesis of a market that returns to its place, a new idea of landscape that draws new routes, a stage for conversations and permanences and a of conversations and permanences and a place of commensality. It is, by definition, a Forum.
The structure is designed so as to be positioned longitudinally over the square and thus redesign new flows and paths, inviting its crossing and discovery.
It is a simple structure of juxtaposed wooden beams, capable of formulating three possibilities: a bench to sit, contemplate the experience of the transformation of the place or to chat; a dining table to eat and drink; and a place to relax, or to chat; a table for eating or selling products; and a high table, where a quicker a quicker exercise of commensality.
Layers of white textiles are attached to this system, resembling the clothes drying on the city balconies, or the awnings of the old market that was once set up in the square.
It is these textiles that help to configure the possibilities of occupation of the empty spaces of this proposal. This is a mutable device that simultaneously performs time and organizes space, proposing new uses. It will be the multiple possibilities of appropriation of these places that will allow the (re)definition of the proposal and its (re)formulation in simultaneous exercises of alternative occupation. The use of a modular metric seeks systematisation and the financial framework while, at the same time, introducing diversity through the variation on the same. Empty or open spaces, covered by textiles and thus protected from the intense sun. They are new meeting spaces, which give rise to commercial exchanges or unusual meals, and which give back to that place its meaning.